Find out how functional safety protocols can leverage wireless Ethernet technology to e...

What do you need to know when selecting and setting up antennas for a wireless communic...

Edge computing’s usage is growing and has shown no signs of slowing down. Watch this tu...

Ensure Data Integrity and Reliability in Your Water and Wastewater Application

To maximize the value of water and wastewater systems and work automation to your advan... 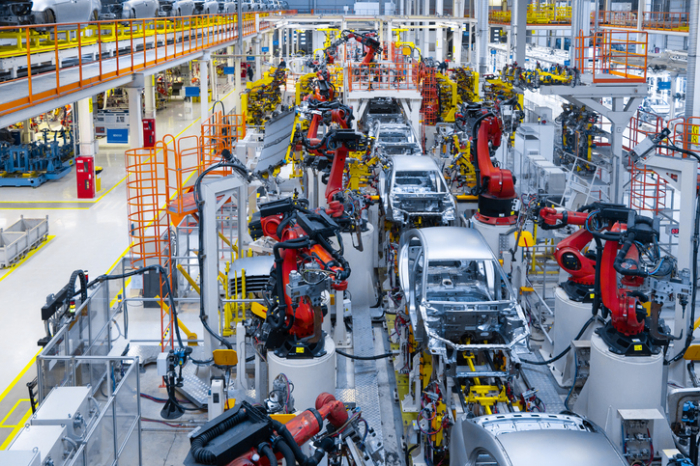 Wireless technologies make advanced mobile automation systems more valuable in every way. They make it possible to design more sophisticated machines, like smart conveyors and automated guided vehicles (AGVs), capable of performing tasks that would never be possible without wireless systems. But designing and deploying a robust wireless network that can keep up in an industrial environment requires forethought, careful design, and expert help.

This blog post lays out the best practices and preparations you should make when considering wireless technologies for your mobile automation application, and breaks it down into three key takeaways.

The needs of the wireless network aren’t usually top of mind when addressing an industrial environment, but they should be because different environments can have drastically different needs and limitations than home or office wireless networks. It’s foolhardy to approach a wireless system the way you would a wired one, and dangerous to approach an industrial network the way you would a home or office network. Overlooking these differences can result in increased downtime and lost profits, or even injury on the floor.

The industrial sector is only starting to rely on wireless networks, which means there are many opportunities for teams to improve their systems and productivity. But it also means there are many teams unaware of the myriad ways their wireless network can experience interruptions, communications faults, and other errors, not to mention the ways those issues can impact the people on site.

One of the reasons the wireless network’s unique needs are often overlooked in industrial sectors is because industries are so accustomed to running on wired networks. Wired systems work quite differently from wireless ones — they’re more consistent, for one, and usually faster. But the flipside is that wired networks don’t have the flexibility and mobility of a wireless system.

Ignoring the needs of the network or other aspects (like PLC programming) can lead to communication faults. Best-case scenario: This can result in downtime and lost productivity, which in turn results in lost profits. Worst-case scenario: It’s a serious safety hazard.

Because wireless technology has finally entered the industrial sector, machines can now move and communicate in ways that would never have been possible with hard wires. But adjusting to this new normal requires rethinking the way we approach machine communication.

In wired systems, interruptions only occur when something is seriously wrong — like a wire is severed or corroded — but wireless systems can experience little interruptions at any point and for a multitude of reasons. This isn’t a big deal for a home wireless network, and even in an office some interruptions are simply expected. A video might take an extra minute to buffer and emails might be a little delayed, but these small issues are annoying and disruptive at worst.

Industrial networks often have much more at stake — they’re controlling potentially dangerous machines that need to function predictably around people, despite any network issues that may arise. A properly designed network will account for inevitable interruptions and minimize the consequences.

Good design starts with good information. In order to build a network that can manage the tasks and traffic you need, you have to know the layout of the system you’re trying to build, the distance your network needs to cover, and the number of mobile devices the wireless system will be handling. You need to consider the amount of traffic that will be exchanged over the wireless system in order to make sure your network can handle it.

Both consumer and industrial networks run on specific standards, which essentially allows wifi-equipped devices the ability to communicate with each other quickly and easily. Industrial systems have a distinct (though similar) system compared to the consumer one. The industrial version includes features and specifications designed with the particularly high stakes of the industrial environments in mind.

Network interruptions resulting in even half a second without connectivity could create serious safety hazards for the people who work around the machines in these environments. Considering the physical environment and the network’s needs isn’t limited to predicting the inside temperature and air quality. The environment also includes the people employed there and how the network can help keep them safe.

You will want a product that’s industrially hardened versus something you can get off the shelf at a store. The temperature specs, the vibration specs, and metal enclosure versus plastics all need to be considered. Industrial hardware has to be equipped for heat, dust, and dirt. You’ll also need a product that can roam quickly, to keep communication seamless. If it doesn’t roam well, you can lose the connection, the line would stop, and you would have to restart.

Remember: Nearly everything comes from the network, except the power. All operational steps, all diagnostics, all sensors have to be flawless — the smallest hiccup can shut the system down. These machines are in environments with both people and robots, moving freely. They need to be safe.

Know which setup decisions will most likely impact wireless network performance. That means looking carefully at the PLC communications, the requested packet interval (RPI), and the time out multiplier — if you set it too short, you can expect nuisance trips. That’s why many experts advise setting it higher (typically to a value of 4 on a wireless system). Getting the RPI right is important — too fast and it’ll create unnecessary traffic on the network, slowing it down.

Knowing the number of connections to each carrier is important too. You have to know the total network load or how many packets per second will be produced, because if they overwhelm the network, you’ll get communication faults and the system will stop. It’s best to have a dedicated channel that’s not used in any other wireless systems in the facility. That allows radios to talk without interference from other radios and devices.

Some questions to consider while engineering and deploying a wireless system:

Get help from experts the first time

This is the final and possibly most important point. Involving experts in wireless networks for industrial environments is critical, not just in the initial design of the system, but on a continuous basis as the system needs check-ups and updates.

ProSoft field application engineers help with the initial design as well as testing and implementation after that. Having the right experts from the beginning ensures you’re asking the right questions and making the right plans in the long-term.

Any experts you hire will probably start with a field survey. They will analyze the RF in the air, check what access points are in use, and what channels they are using. They’ll also test links for signal strength levels and data rates.

Most of the time, that begins with a look at the old system — more often than not, that’s a wired system. By examining how that system was designed and executed, it begins to become clear what the needs have been. The expert would also look at other parts of the network’s environment. Not just radios, but the PLC communications, the switches, every part of it to develop a custom strategy.

An expert can make an accurate plan for the immediate future, and also look ahead to the future and help you plan your decisions wisely. There is no network that stays the same. New devices are constantly added, which is why checkups are critical. Without them, you’ll find traffic slowly increases until it starts to cause issues to the whole network.

There is no out-of-the-box solution that can work for an industrial wireless network, but with the right design and execution, industrial spaces can enjoy newfound capabilities and freedoms. Machine builders, untethered by the wires from decades past, can let their imaginations run wild. But that only works with the right approach from the start.