Putting together a remote access network really can be this quick

Wireless I/O: No Trenching, No Permits, No Conduit. No Problem.

With Wireless I/O solutions, you can avoid the permits, trenching, and conduit that are...

With some Molex® SST™ products being moved to the obsolete column, your best approach m...

New modules and updated features will help you replace your legacy units, and bring gre... 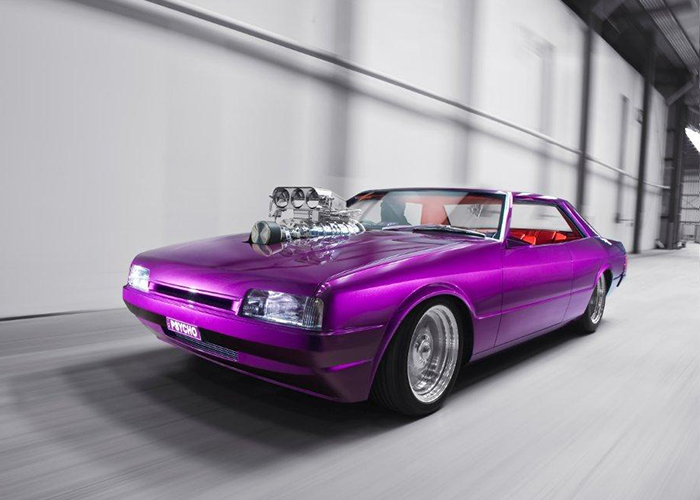 This car is so good, it’s not allowed to enter Australian car shows anymore.

Lowered with bright purple paint on the outside and a red interior, you can tell this isn’t the semi-ordinary 1986 Ford XF Falcon it once was. It’s a muscle car in every sense of the term, and then some. In just one car show “The Psycho” won Top Paint, Top Undercarriage, Top Engine Bay, Top Interior, Top Coupe, Top Five, Top Street Machine, and Australia’s Coolest Ride. It is considered the Top Show Car in Australia today.

But how many muscle cars do you know of that have industrial automation power? Not many.

Underneath the hood of this baby isn’t just a powerful engine, but a PLC talking to different components of the car via a ProSoft Technology industrial radio.

PLCs come to mind when talking about automobiles moving down large-scale automotive assembly lines that piece each part of the car together from start to finish. Controlling functions on the car itself is a different story. Since when does a PLC do that?

Since Greg Maskell in Australia integrated them in one of his custom cars. That’s when.

The phrase “remote controlled car” now has a whole new meaning. Yes, we all have seen cars with the standard remote-start function these days. But remote controlling virtually every other function of the car, from the hood to the trunk and suspension? That’s where a PLC and a Prosoft Technology industrial wireless hotspot come in.

Maskell produces about two to three custom cars a year. “This is the first [PLC] that we have used in a car,” Maskell said.

What would have taken 18 toggle switches to remotely control functions of the car can be done with a few pieces of industrial automation equipment. How’s that for taking home all the car show trophies?

Maskell, of Maskell’s Customs & Classics in Australia, asked Gary Lomer to build a system for a custom car based on his industrial automation knowledge.

“I used my industrial background to select components that were proven with solid and reliable software and hardware,” Lomer said.

In this particular car, high-tension coil packs of the ignition are under the dash, as is a Rockwell Automation® MicroLogix™ PLC and a ProSoft Technology Industrial Hotspot.

Each is connected to a PanelView™ Plus 600 HMI through a Hirschmann switch. The HMI functions as the car’s touchscreen. Maskell links the car to a PanelView 1000 with two ProSoft Technology 900 Mhz radios and can operate the whole car from the remote touch screen. Hood, or bonnet, up, sure. Boot, or trunk, up, no problem. Radio on, sure. Suspension up or down, you got it. Maskell said they are very happy with the performance of the equipment in the car.

“[The PLC] controls all the electrical systems including start up, shut down, fuel pump, thermo fans, water pump, windscreen wipers, windows, and the radio,” he said.

In addition, the car features a suspension system that can be adjusted through air pressure controlled via the ProSoft hotspot. Also, the car’s doors, bonnet, and boot are controlled via electric actuators through the ProSoft system. Maskell plans on using the PLC/ProSoft industrial wireless car control system more often when a customer decides they want to control their car remotely, he said.

The Psycho took 10,000 man-hours to build. Its owners are from Hobart, Tasmania, on the southern tip of Australia.