Oil and gas company benefits from a custom Modbus solution 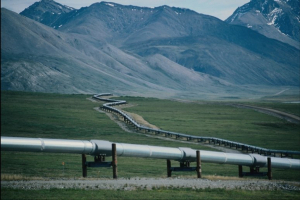 A while back, a major oil company took a good look at their legacy system and didn’t like what it saw.

The centralized control system, which had been installed in 1978, used multi-drop, leased telephone lines. Four operators at consoles in Houston, Texas, controlled the pipelines for 12 hours a day. This left large stretches of its pipeline unmanned, with no support. The system was already operating at maximum capacity and had many technical risks. They were concerned about the availability of replacement parts for the old RTUs, loop controllers, and alarm annunciators. They needed to know the exact contents of a pipeline, wherever it was, instead of the meter-in/meter-out leak detection they had. Their data entry system was cumbersome, in some cases requiring that data be entered two or three times.

“We reviewed our control system strategy and concluded that we had a unique and hard-to-maintain system. It consisted of dedicated, custom-built and programmed RTUs, along with a lot of odds and ends,” said the company’s lead project engineer.

In short, the company needed to improve its pipeline reporting system by adopting a platform that would let it automate the manual activities to improve efficiency in its small-diameter, high-pressure pipelines running throughout the United States.

First, the company abandoned its old leased telephone lines and went to a VSAT satellite system. The VSAT Ku Band Network system supports 170 sites where the company has 200 PLCs and RTU addresses handling about 20,000 I/O points.

In addition to the VSAT, the company installed a dial backup using analog lines and communicating via the Modbus® protocol to 140 critical sites.

“When the company installed the new equipment, the old equipment couldn’t communicate with it,” said Ken Hopwood, Software Engineering Manager at ProSoft Technology. “So, they used a ProSoft Modbus module as an interface.”

“When the company approached us, they needed to eliminate the need for continuous polling that was necessary on their old system,” Mr. Hopwood said. “It created communication delays when using the satellite which were expensive. The module we created for them is basically a Modbus Slave but with a few modifications. One, it has Report by Exception, giving it the ability to send timed, unsolicited data reports to the Master Station in Houston. This eliminated the need for continuous polling. The CMS module also contains some specialized data that is unique to the company.”

“In the past, many communication systems were closed,” said the ProSoft Regional Sales Manager who helped the company. “Since the Modbus protocol is open, it has become a de facto industry standard for many industrial devices today, especially in the oil and gas industry. The popularity of our Modbus module doesn’t really surprise me. I see instances like this company’s on a weekly basis. Using the Modbus module to communicate from old equipment to new equipment is simply the most cost-effective way (and in some cases, the only way) to accomplish their goals.”

Learn more about ProSoft Technology’s solutions for the Oil and Gas industry here.